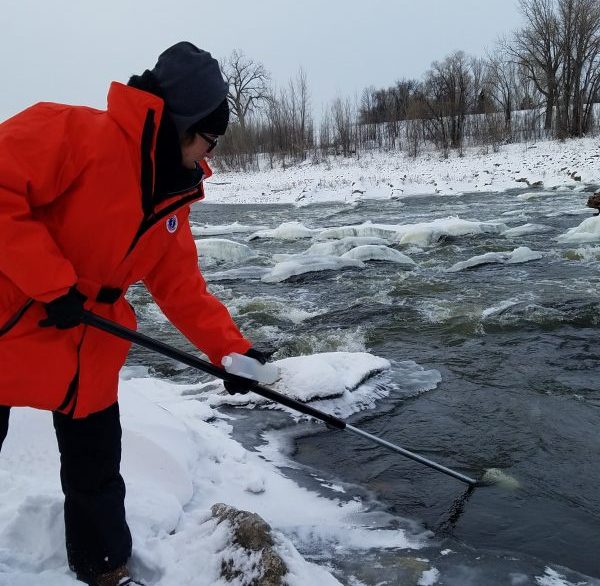 In the larger rivers of the Red River Basin, water continues to flow year-round, even under the ice. In some cases, small streams and ditches can be frozen completely with almost zero flow under the ice. During the winter, precipitation falls as snow and stacks up instead of flowing across the landscape. Water is also frozen in soil and locked in place instead of moving downstream. Even if some water is moving under the snow, friction from moving through the snowpack causes water to slow down. Winter months in our northern climate results in lower flows and lower runoff, so water quality is stable and generally better/cleaner.

As  winter loosens its grip, we start to notice changes across the landscape.  After months of water being held up (frozen) in ditches, fields, cities, and driveways; it’s now on the move.  Bare soil spots  quickly turn into entire fields of wet black dirt, water runs down every street, and ditches have tiny streams carved into the snow until moving water finally overpowers the ice and snow. 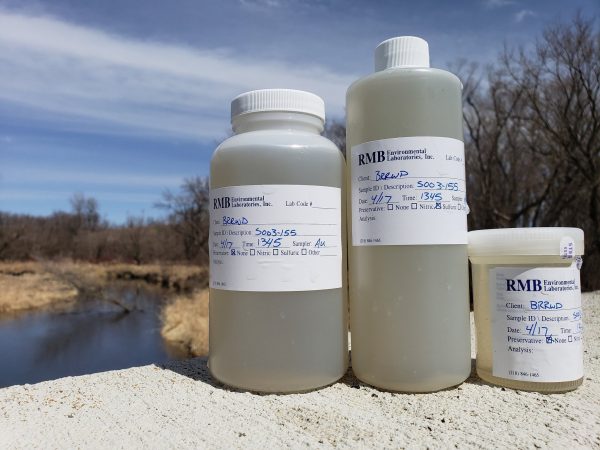 Snowmelt is a season on its own for those of us in the ‘water quality world’. This season can range from a couple days to several weeks, but always has the promise of spring and summer behind it. Things change very quickly during this time and it’s our job to track the changes.

Instead of collecting water quality data monthly; like we do in the winter, the snowmelt season pushes us to check on these rivers much more often, sometimes 2-4 times a week. We see rivers changing from day to day as levels rise, peak, and fall. Generally, water is the ‘dirtiest’ during the rising phase. Some small rivers will go through this whole cycle within 5-10 days but; bigger rivers, like the Red River, can take five weeks to return to normal levels after the snowmelt.

Winter 2020-21 had very mild temperatures and well below average snowpack. With very little runoff coming from snowmelt, it’s likely the big flush will come from spring rains. You can count on the water quality folks to be out there year round tracking these changes across the Red River Basin.